Home » Frequently Asked Questions About Being Alcoholic And Depressed
24Mar 2021

Frequently Asked Questions About Being Alcoholic And Depressed

I used to have a best friend named Jack. You could say that we go a long way back because I met him when I was in college. No, no one introduced Jack to me – I came across him one night when there were so many disturbing voices in my head, and I went out of the dorm, hoping to find a supermarket to pass the time. That’s where I saw Jack, and I felt an instant connection towards him.

Jack introduced me to my poison of choice – a whiskey. I felt hesitant to drink at first because I had never done that before. Also, my mother used to say that drunkards go to hell, considering my biological father was one, and he never did anything good for the family. However, my friend Jack was a little more persuasive than I thought, so I took a sip.

The first thing I noticed was the taste of licorice in my mouth. I had always loved licorice; I would never say no to Twizzlers or Red Vines, even though many people put them against each other. Licorice is licorice, thank you very much. I also got a hint of vanilla, toffee, nuts, and something woodsy. I found out later in life that the woodsy flavor came from oak, which was the type of wood that typical barrels for alcohol storage were made of.

Anyway, I liked the taste of whiskey, so Jack said, “Drink more.” I did. A sip turned into a gulp; a gulp turned into a guzzle. I would get a headache the next day, but Jack would advise me to drink my pain away. 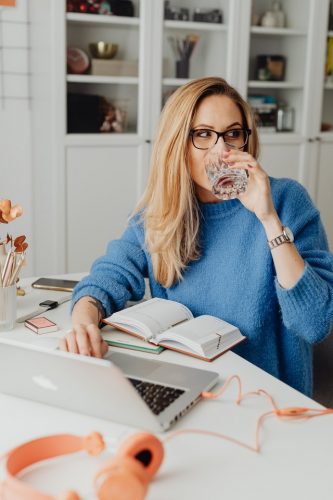 When I left college, I moved to another state and began to lose contact with my college friends. I was sad, yes, but I told myself, “As long as Jack’s with me, I’ll be fine.”

I thought college prepared me for adult life, but I eventually realized how challenging it was to become one. After all, finding a stable one was already tricky. I was not the only fresh grad from an Ivy League school – there were tens of thousands of us, and many had more connections than me. I soon got a job as a junior marketing exec at an agency, but my struggles were far from over since I had to maintain an excellent credit score, pay a monthly rent, and get a car on a mortgage. Not to mention, there were food, electricity, water, and other miscellaneous bills that I figured would never go away.

While my salary could cover all my expenses, the mental and physical toll that I experienced after six months became almost unbearable. In other words, I developed depression. Feeling lost, I turned to my best friend Jack again. Every night, we would drink together until I was on the edge of getting drunk. But then, more work piled up, and I messed up some. I stopped caring about hangovers, and I started drinking even in the middle of the day.

How does alcohol affect your mental health?

Drinking alcohol from time to time is okay. It can be relaxing for many people, and we all deserve a break, especially after a very stressful week. However, when taken in excessive amounts, alcohol can slow down our brain’s functions and central nervous system by affecting our brain’s chemical levels. Alcohol could also affect the part of our brain that controls inhibition. This is why we are calmer and less anxious, even if we just had a drink or two.

Why does alcohol cause anxiety and depression?

Both depression and anxiety are severe mental illnesses that could cause many different issues for a person. Different factors cause these mental illnesses, but one of these factors is alcohol abuse. Drinking on occasion can be good. It keeps us relaxed, and it elevates the mood. However, too much alcohol can alter our brain chemicals, which can slow down our brain’s ability to function well. This leads to some regions of the brain slowly turn to depression or anxiety. 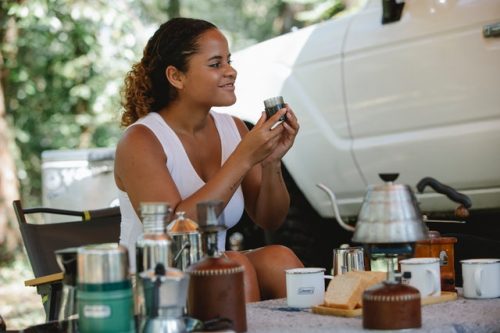 How does alcohol affect mood?

We usually drink when we either want to elevate our negative mood or when we want to promote our positive mood. In a way, we tend to drink because we want to do something about our emotions as if alcohol has now become a coping mechanism of some sort. Studies have provided us with strong evidence that when we consume alcohol, we tend to feel a lot more emotions than usual. The effect of alcohol on a person’s mood will depend on their age, education, gender, and alcohol dependency. In general, people tend to be more emotional and sometimes more aggressive when they drink.

Why do depressed people turn to alcohol?

When a person is depressed, they tend to look for ways to cope with their depression differently. Unfortunately, people have chosen to use alcohol to cope, which has led to many more issues. Alcohol abuse can lead to the severity of depression because alcohol can alter our brain chemicals’ levels. This causes certain areas of our brain to malfunction, causing depression to develop or become more severe. We indeed become more relaxed with depression. However, it is not a good way to cope.

No, alcohol does not kill your brain cells, no matter how dependent you are on it. However, what it does is damages your dendrites or your neurons. This causes difficulty in delivering messages from one dendrite to another. This difficulty in relaying messages causes an issue with your central nervous system and other bodily functions. So, make sure that even when you do drink alcohol, drink responsibly. This might save your life.

Being alone can be a good thing. This could be a time to reflect and evaluate yourself and how you could do better in life. Doing activities on your own could be a way of self-care. Drinking alone could be a pastime that you would do to relax after a long day or a stressful week. However, when drinking alone becomes an issue where you start to abuse alcohol, it becomes a bad sign. So make sure to drink moderately, and if ever you are going through things, and you are using alcohol as a coping mechanism, try and seek help. Drinking will only make things worse.

Can an AA member ever drink a beer?

Being in a support group, the people around you make sure that you do not go back to your old addicted ways. This includes making sure that you do not take any alcohol or drugs that will push you over the edge. This helps avoid relapses, and this support system can help you cope with stress and highly emotional situations in a healthier way. Drinking that one beer could undo years of hard work, which is why AA members police each other to make sure this does not happen.

Does daily drinking make you an alcoholic?

The occasional drink or two would not hurt. It helps you de-stress, and it can keep you relaxed. Overall this does not present itself as a health risk. However, once it becomes a daily activity, it can become a factor for your health to decline, including your physical and mental health. An increase in alcohol consumption can be a progression of your mental health issues, and it may be time for you to evaluate your drinking habits. Experts recommend a certain amount of alcohol per day, and this does not have much of an effect on your health, but once it goes beyond that suggested amount, it now becomes an issue. Be sure to watch your intake and know when it becomes too much. 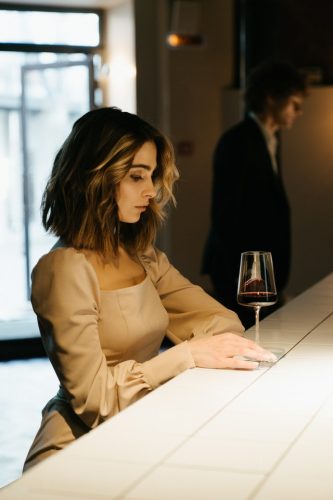 Why do lonely people drink?

Two things might answer this: first, people tend to turn to alcohol to numb their emotions. When someone is sad or lonely, they use alcohol to become desensitized to their pains, hoping to elevate their mood. Second, they use alcohol as a coping mechanism. Either way, the result is to forget and hopefully be in a better mood.

Why do I enjoy drinking?

Drinking can be an enjoyable pastime as it helps us de-stress, relax, and elevate our moods. This way, we feel more energized, and it makes us more confident to approach things from a different perspective. This is quite normal for many people, which is why many people turn to alcohol, and unfortunately, some have abused it to a point where it no longer is healthy for them.

How does a person become an alcoholic?

A person becomes an alcoholic when they start to drink more than usual, and they begin to depend on alcohol for their happiness or to cope with their emotions. Some signs of a person being alcoholic are: they are irritable when they are not drinking, they habitually drink alone, lying about their alcohol intake and habits, and they may constantly blackout and lose their memory.

How can I quit drinking?

What you can do is to first commit to quitting. You have to fully understand and accept that drinking has become so unhealthy that it is now becoming harmful. From here, seek support groups that can help you through this process, or you can have yourself checked into a mental facility. Either way, your goal is to seek help because this will be a complicated process, and you will need the support of the people around you and the people who understand what you are going through.

What are the first signs of liver damage from alcohol?

This could be different for some people, which is why it is important that you regularly visit and consult with a doctor but generally, the symptoms are: abdominal pain, jaundice or yellowing of the skin, abdominal tenderness, dry mouth, increased thirst, fatigue, loss of appetite, your hands and feet may turn red, and your skin may become abnormally dark or light.

What happens if you give up alcohol for a month?

Over the weeks that you would give up alcohol, there could be different outcomes per week, which your body would be thanking you for. During the first week, your sleeping pattern becomes better. Week two, you lose your acid reflux. For week three, your blood pressure starts to reduce, and finally, for week four, your skin looks better, and your liver function returns to normal. Hopefully, by the end of that month, you would lose interest in drinking altogether. 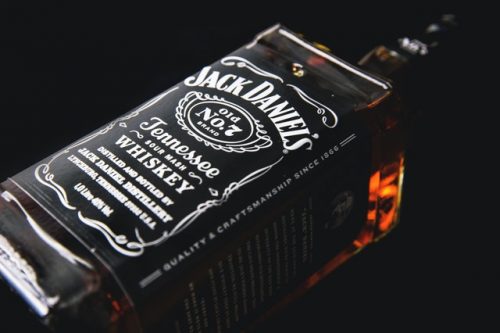 Why should you stop drinking?

The best reason for this is, so you start to become healthier again. Drinking can cause many different health issues, from physical health to mental health. Too much alcohol can cause your liver to fail, and it might just kill you. Another reason is so you could become a better example for your kids. Alcohol can be very destructive; you do not want your kids to see you that way. Finally, it will change your life for the better.

I felt the need to stop drinking when I found myself at the back of a police car one morning. Apparently, I got so drunk at the park that I passed out there, and the local joggers found me but didn’t want to wake me up, so they called 911. They eventually let me go when I assured them that I was merely a drunk lady who posed no threat to others, but I made sure to part ways with my best friend Jack before getting mental help.